Not All Soup is Created Equal 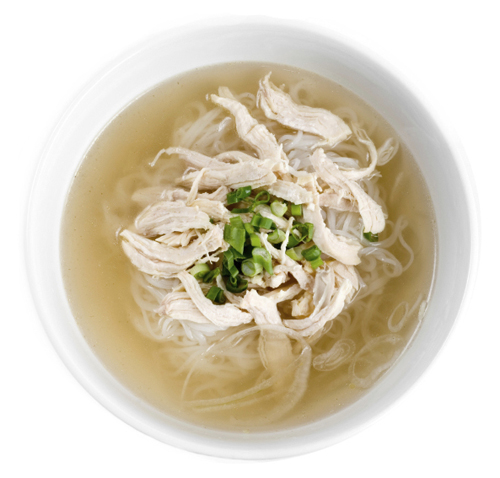 I chose soup as a symbol to represent Nourishing Ourselves because my experience is that soup will nourish your mind, body, spirit and emotions.  Yet, not all soup is created equal!  The following soups may feed you but, will they nourish you?

Beyond all the chemicals and ingredients we don’t recognize, read about our concerns about soy and vegetable oils, which we also recommend one avoid.  So, clearly I am not talking about canned soups as a symbol of what may nourish us, but rather homemade soups from homemade stock.  In order to truly nourish ourselves, we recommend that the ingredients be from pasture raised or wild caught animals and from organic soil.  Recipes are provided below.

“Beautiful soup! Who cares for fish, game or any other dish? Who would not give all else for two pennyworth of beautiful soup?” Lewis Carroll, Alice in Wonderland

As Dr. Thomas Cowan, MD author of The Fourfold Path to Healing states, “It is helpful to begin each main meal with a bowl of soup made with broth and to which a small amount of cultured cream has been added. This time-honored practice is so important as it stimulates the digestive juices and prepares your body for the meal. A variety of homemade soups are found in Nourishing Traditions.” We recommend The Four Fold Path to Healing, Nourishing Traditions, and Sally Fallon Morell and Kaayla Daniel’s titled Nourishing Broth: An Old-Fashioned Remedy for the Modern World through our Amazon affiliation.

“Soup puts the heart at ease, calms down the violence of hunger, eliminates the tension of the day, and awakens and refines the appetite.” Auguste Escoffier

As Sally Fallon Morell, the author of Nourishing Traditions writes “Good broth will resurrect the dead,” says a South American proverb. Said Escoffier: “Indeed, stock is everything in cooking. Without it, nothing can be done.” Sally goes on to explain: “A cure-all in traditional households and the magic ingredient in classic gourmet cuisine, stock or broth made from bones of chicken, fish and beef builds strong bones, assuages sore throats, nurtures the sick, puts vigor in the step and sparkle in love life–so say grandmothers, midwives and healers. For chefs, stock is the magic elixir for making soul-warming soups and matchless sauces.

Meat and fish stocks play a role in all traditional cuisines—French, Italian, Chinese, Japanese, African, South American, Middle Eastern and Russian. In America, stock went into gravy and soups and stews. That was when most animals were slaughtered locally and nothing went to waste. Bones, hooves, knuckles, carcasses and tough meat went into the stock pot and filled the house with the aroma of love. Today we buy individual filets and boneless chicken breasts, or grab fast food on the run, and stock has disappeared from the American tradition.”

“A Jewish woman had two chickens. One got sick, so the woman made chicken soup out of the other one to help the sick one get well.” Henny Youngman

Apparently, ancient Egyptians prescribed it as a treatment for the common cold, as well as Maimonedes who praised it in his 12th century treatise. In North America, it is jokingly referred to as Jewish Penicillin and is considered a cure-all for ailments such as the common cold, stress or perhaps even for the occasional broken heart.

Here is a “how to” video on how to make stocks and soups by Sarah Pope: http://www.westonaprice.org/beginner-videos/stocks-and-soups-video-by-sarah-pope

If you are using a whole chicken, cut off the wings and remove the neck, fat glands and the gizzards from the cavity. Cut chicken parts into several pieces. (If you are using a whole chicken, remove the neck and wings and cut them into several pieces.) Place chicken or chicken pieces in a large stainless steel pot with water, vinegar and all vegetables except parsley. Let stand 30 minutes to 1 hour. Bring to a boil, and remove scum that rises to the top. Reduce heat, cover and simmer for 6 to 8 hours. The longer you cook the stock, the richer and more flavorful it will be. About 10 minutes before finishing the stock, add parsley. This will impart additional mineral ions to the broth.

Remove whole chicken or pieces with a slotted spoon. If you are using a whole chicken, let cool and remove chicken meat from the carcass. Reserve for other uses, such as chicken salads, enchiladas, sandwiches or curries. Strain the stock into a large bowl and reserve in your refrigerator until the fat rises to the top and congeals. Skim off this fat and reserve the stock in covered containers in your refrigerator or freezer.

Place the knuckle and marrow bones and optional calves foot in a very large pot with vinegar and cover with water. Let stand for one hour. Meanwhile, place the meaty bones in a roasting pan and brown at 350 degrees in the oven. When well browned, add to the pot along with the vegetables. Pour the fat out of the roasting pan, add cold water to the pan, set over a high flame and bring to a boil, stirring with a wooden spoon to loosen up coagulated juices. Add this liquid to the pot. Add additional water, if necessary, to cover the bones; but the liquid should come no higher than within one inch of the rim of the pot, as the volume expands slightly during cooking. Bring to a boil. A large amount of scum will come to the top, and it is important to remove this with a spoon. After you have skimmed, reduce heat and add the thyme and crushed peppercorns.
Simmer stock for at least 12 and as long as 72 hours. Just before finishing, add the parsley and simmer another 10 minutes. You will now have a pot of rather repulsive-looking brown liquid containing globs of gelatinous and fatty material. It doesn’t even smell particularly good. But don’t despair. After straining you will have a delicious and nourishing clear broth that forms the basis for many other recipes in this book.

Remove bones with tongs or a slotted spoon. Strain the stock into a large bowl. Let cool in the refrigerator and remove the congealed fat that rises to the top. Transfer to smaller containers and to the freezer for long-term storage.

Ideally, fish stock is made from the bones of sole or turbot. In Europe, you can buy these fish on the bone. The fish monger skins and filets the fish for you, giving you the filets for your evening meal and the bones for making the stock and final sauce. Unfortunately, in America sole arrives at the fish market preboned. But snapper, rock fish and other non-oily fish work equally well; and a good fish merchant will save the carcasses for you if you ask him. As he normally throws these carcasses away, he shouldn’t charge you for them. Be sure to take the heads as well as the body—these are especially rich in iodine and fat-soluble vitamins. Classic cooking texts advise against using oily fish such as salmon for making broth, probably because highly unsaturated fish oils become rancid during the long cooking process.

Melt butter in a large stainless steel pot. Add the vegetables and cook very gently, about 1/2 hour, until they are soft. Add wine and bring to a boil. Add the fish carcasses and cover with cold, filtered water. Add vinegar. Bring to a boil and skim off the scum and impurities as they rise to the top. Tie herbs together and add to the pot. Reduce heat, cover and simmer for at least 4 hours or as long as 24 hours. Remove carcasses with tongs or a slotted spoon and strain the liquid into pint-sized storage containers for refrigerator or freezer. Chill well in the refrigerator and remove any congealed fat before transferring to the freezer for long-term storage.

Here is my own published recipe for homemade soup.  Do you have any to share with us?!

12 Responses to Not All Soup is Created Equal